“I was interested in Stanford for a long time. Originally, it wasn’t even about football for me. In middle school I was very much into technology and was a huge nerd when it came to mobile technology. I’d ask myself ‘Who is making these apps?’ and I kept seeing that it was Stanford grads. At some point my eyes shifted towards football but my family was very, very heavy on education. They taught me that what’s going to carry you after you’re done playing football is your mind and not your body. That was something that was drilled in me.”

“I think one thing I had to learn to manage in my life was being able to compartmentalize. If I got a bad grade on a test I’d let that carry on into practice. I wouldn’t be able to think about anything else and I’d think ‘How did that happen?’ On the field it was similar. If I had one bad pass rush it’d affect me the whole practice. I had to learn to compartmentalize and deal with things as they were and to not worry about the uncontrollable. That was a big turning point for me.” 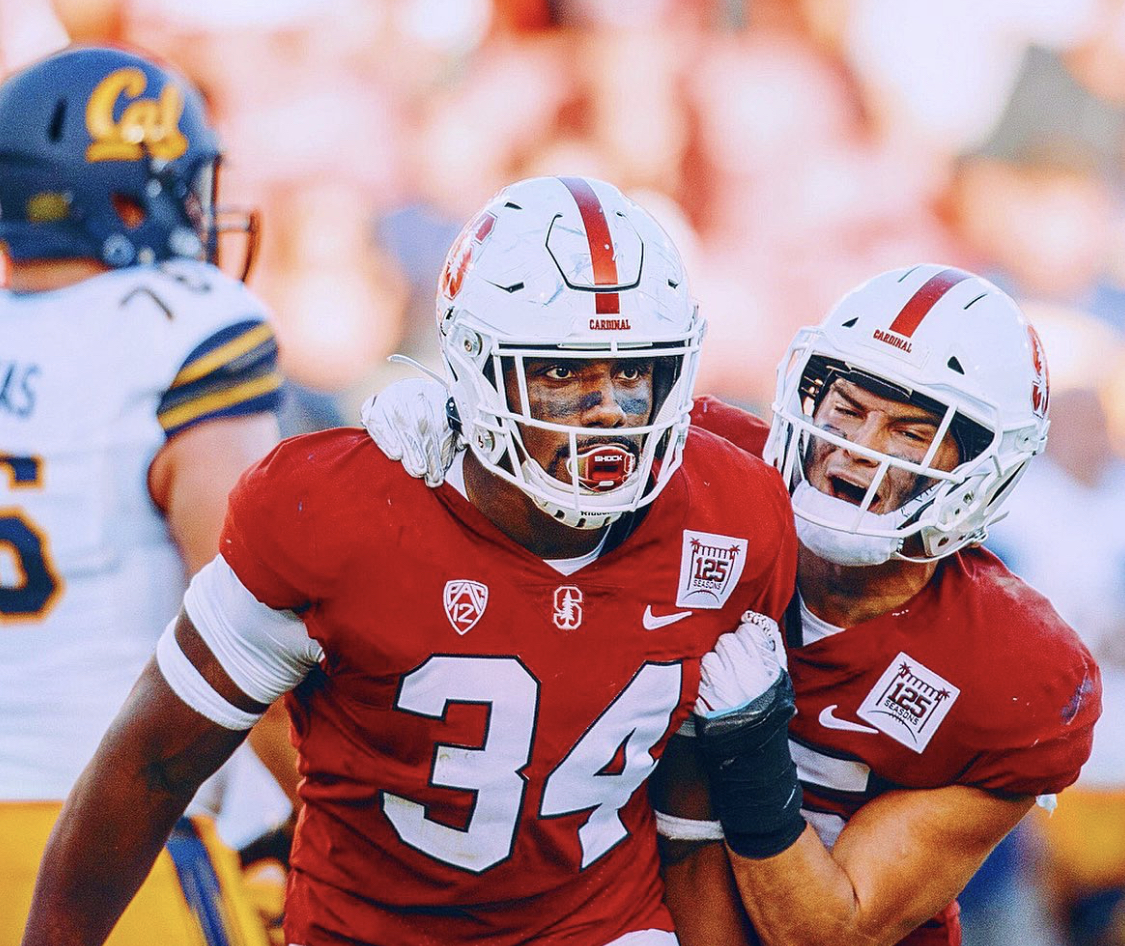 “A moment that defined me came my freshman year when we were playing in the Sun Bowl in El Paso, Texas. I hurt my shoulder a few days before the game and it was a game time decision if I was going to play. I knew I didn’t have to play, but I had played the entire season and I wanted to finish strong. I think for me that was a big one, because I had to look at myself and say ‘This is really up to you. This is your decision and your decision alone.’ I played and actually ended up winning the most valuable defensive lineman of the game. Ultimately it ended up being a big lesson: Make your decision and commit yourself fully to it. When it comes to the big choices in life you don’t make a good or bad decision from the start, you make yourself right or wrong with the way you execute.”

“The NFL is a goal I’ve always had and is one that I’m currently working towards, but for me, I understand that the NFL could really be a launching pad for a lot of other things in my life. It’s always been my dream to play professional football, but I know that nothing is permanent. I hope to use opportunities in football to further my career. I would love to be a CEO or Chief Operating Officer of a big tech company one day. That would be my dream after football.”

“As a Black man, microaggressions can be hard to deal with because people do sometimes truly think that they’re complimenting you by saying things like ‘You’re so articulate.’ What gets me with a comment like that is the assumption that being articulate isn’t the standard or the expectation for someone who looks like me. They aren’t complimenting me for anything I actually said, but are just impressed that I said it well. Other people will more directly demean you and say things like, ‘Oh you talk white.’ What even is ‘talking white’? Is it simply speaking well and with correct grammar? While people might think those are just small comments, they can really get under your skin. They reveal racial biases and assumptions that are usually hidden. I’ve learned throughout the years to not let them get to me, but no one should have to develop a tough skin against casual comments that question their intelligence or blackness.”

“Similar microaggressions exist as a Black student-athlete. Sometimes I feel like people are expecting me to not be articulate, or expecting me to not contribute to class discussions. So, as a student-athlete and a Black male, I feel like I have twice the pressure. As a result, I’ve sometimes unconsciously tried to counter those expectations by being extremely articulate or by making excellent contributions in class that stand out from the rest. A lot of that behavior is just me being interested in my classes, but part of it is me feeling the need to address the stereotypes of low academic success and intellectual acuity that are commonly placed on student-athletes in general, and specifically on BLACK student-athletes.”

“A huge positive is having people in positions of power that look like you. Coach Shaw is a genius at what he does. Getting to come to work every day with him as a head coach is awesome, not just because he’s Black, but because he is competent, intelligent, and a true head coach that knows what he’s doing. That goes for my family too. My mom is a great lawyer and my dad’s a businessman. Being able to see them in positions of power and doing their thing is always going to be a positive for me, because you can really visualize yourself achieving those same things.”

”I think that the conversation has to go where it’s going right now. We need to understand that racism is not always an active entity. It’s been purposely built into our system and maintained both actively and passively. If we do nothing, it will continue to be like this. We need to identify the invisible cogs in the machine that allows racism to persist. Awareness is important but seeing the problem is not enough, you have to displace it. That’s why I’ve been really impressed with Black Lives Matter as a movement. People are converting clicks and posts into protests, donations, and time spent calling representatives. For things to get better, we need to continue to identify what’s wrong, and actually do concrete things to change.”